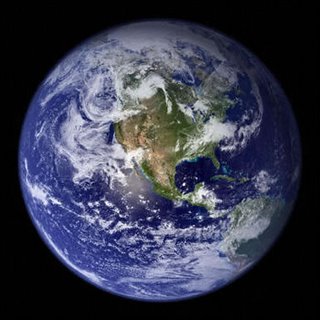 Scientists who read the history of earth's climate in ancient sediments, ice cores, and fossils find clear signs that it has shifted abruptly in the past on a scale that could prove disastrous for modern society.

Peter deMenocal, an associate professor at the Lamont-Doherty Earth Observatory of Columbia University, said that about 8,200 years ago, a very sudden cooling shut down the Atlantic Ocean conveyor belt.

As a result, the land temperature in Greenland dropped more than 9 degrees Fahrenheit within one or two decades.

''It's not this abstract notion that happens over millions of years," deMenocal said. ''The magnitude of what we're talking about greatly, greatly exceeds anything we've withstood in human history."