Showing posts from January, 2005
Show all

January 30, 2005
The U.S. Model: For years, much of the world did aspire to the American way of life. But today countries are finding more appealing systems in their own backyards.
2 comments
Read more 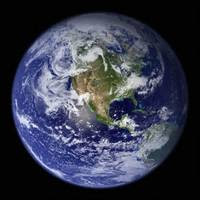 Countdown For Earth The countdown to climate-change catastrophe is spelt out by a task force of senior politicians, business leaders and academics from around the world - and it is remarkably brief. In as little as 10 years, or even less, their report indicates, the point of no return with global warming may have been reached.
Post a Comment
Read more

January 22, 2005
Look at this imbalance: The average American consumes 25 barrels of oil a year. In China, the average is about 1.3 barrels per year; in India, less than one. So as the 2.4 billion Chinese and Indians move to improve their living standards, they're going to want more oil - likely more than can be produced.
Post a Comment
Read more

Top Gas Mileage Autos The pollution performance of just a handful of corporations has a dramatic impact on the air we breathe and the climate we will pass on to future generations.
Post a Comment
Read more

Fact vs. Fiction on Climate Change

January 20, 2005
What about the 19,000 scientists who claim we should not worry about global warming?
Post a Comment
Read more

January 20, 2005
The New York Times reported today that McDonald's has taken important steps towards implementing its 2003 policy promising to reduce the use of antibiotics among its suppliers.
Post a Comment
Read more

Weak Links in the Food Chain

January 19, 2005
Americans have become accustomed to eating highly processed foods that come in a package -- the antithesis of whole foods that come from nature. The very definition of food has been transformed by industry, yet the dietary guidelines don't reflect that. If they did, it would be a major threat to a $500 billion-a-year processed foods industry whose voice is heard loud and clear in Washington.
Post a Comment
Read more

January 14, 2005
"Poverty, disease, and environmental decline are the true axis of evil," says Worldwatch President Christopher Flavin. "Unless these threats are recognized and responded to, the world runs the risk of being blindsided by the new forces of instability, just as the United States was surprised by the terrorist attacks of September 11."
Post a Comment
Read more

Century of The Self - BBC Series

Sigmund and Anna Freud The BBC broadcast a four part series in the spring of 2002 about how Americans and Britains views of themselves have changed over the past 100 years. This riveting series was produced and directed by Adam Curtis who more recently produced another BBC series entitled The Power Of Nightmares (see review on this weblog.) Curtis chronicles in the impact of psychotherapy techniques developed by Sigmund Freud and utilized by his nephew Edward Bernays in the development of public relations and of product marketing. The series reveals just how influential Bernays was in helping corporations change their selling techiques by understanding the fundemental and irrational needs of their customers. By marketing products to these needs, Bernays was able to coach businesses to greatly increase market sales. This series traces the history of Bernays influence and how it has shaped peoples self image of themselves as a result building a consumer society. The absolutely freigh
Post a Comment
Read more

January 08, 2005
"No matter how you look at it, producing hydrogen from water is an energy sink. If you don't understand this concept, please mail me ten dollars and I'll send you back a dollar."
Post a Comment
Read more

January 08, 2005
"Though most of us would like to believe that "we will come up with something" to supply our massive energy demands, the truth is that nothing in the foreseeable future that we know of can match our energy usage in a way that oil has — not solar, not hydrogen, or other alternatives."
Post a Comment
Read more

January 04, 2005
The University of New Hampshire's Biodiesel Group is researching the technology necessary to satisfying the nation's fuel needs through algae-produced biodiesel. Some of their findings indicate that such a technique would be more efficient and sustainable than a hypothetical hydrogen-fuel economy.
Post a Comment
Read more

The Ends of the World as We Know Them

January 04, 2005
In this New Year, we Americans have our own painful reappraisals to face. Historically, we viewed the United States as a land of unlimited plenty, and so we practiced unrestrained consumerism, but that's no longer viable in a world of finite resources. We can't continue to deplete our own resources as well as those of much of the rest of the world.
Post a Comment
Read more

January 02, 2005
You think gas is expensive now? You've heard it before but this time its for real: the end of cheap oil.
Post a Comment
Read more

January 02, 2005
The "paper or plastic" conundrum that vexed earnest shoppers throughout the 1980s and 90s is largely moot today. Most grocery store baggers don't bother to ask anymore. They drop the bananas in one plastic bag as they reach for another to hold the six-pack of soda. The pasta sauce and noodles will get one too, as will the dish soap.
Post a Comment
Read more

January 02, 2005
Plastic as toxic trash is barely an issue with health advocates, environmentalists, and even those of us looking toward the post-petroleum world.
Post a Comment
Read more
More posts