Showing posts from March, 2007
Show all

Top Scientists Warn of Water Shortages and Disease Linked to Global Warming By THE ASSOCIATED PRESS WASHINGTON, March 11 (AP) — The harmful effects of global warming on daily life are already showing up, and within a couple of decades hundreds of millions of people will not have enough water, top scientists are likely to say next month at a meeting in Belgium. At the same time, tens of millions of others will be flooded out of their homes each year as the earth reels from rising temperatures and sea levels, according to portions of a draft of an international scientific report by the authoritative Intergovernmental Panel on Climate Change. Tropical diseases like malaria will spread, the draft says. By 2050, polar bears will mostly be found in zoos, their habitats gone. Pests like fire ants will thrive. More...
1 comment
Read more by Daniel Howden in Sao Paolo, lndependent/UK The ethanol boom is coming. The twin threats of climate change and energy security are creating an unprecedented thirst for alternative energy with ethanol leading the way. An ethanol plant is seen by sugar cane fields in Piracicaba, Brazil, Friday, March 2, 2007. Just an hour's drive outside this traffic-choked metropolis where U.S. President George W. Bush kicks off a Latin American tour Thursday, sugar cane fields stretch for hundreds of kilometers, providing the ethanol that fuels eight out of every 10 new Brazilian cars. That process is set to reach a landmark on Thursday when the US President, George Bush, arrives in Brazil to kick-start the creation of an international market for ethanol that could one day rival oil as a global commodity. The expected creation of an "OPEC for ethanol" replicating the cartel of major oil producers has spurred frenzied investment in biofuels across the Americas. But a growing
Post a Comment
Read more 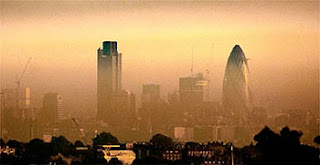 by James Randerson, UK Guardian An independent scientific audit of the UK's climate change policies predicts that the government will fall well below its target of a 30% reduction in carbon dioxide emissions by 2020 - which means that the country will not reach its 2020 milestone until 2050. The report condemns government forecasts on greenhouse gas emissions as "very optimistic" and projects that the true reduction will be between 12 and 17%, making little difference to current CO2 emission levels. The report is based on an analysis of the government's attempts to meet climate change targets. The authors argue that because much policy is based on voluntary measures, the predicted outcomes cannot be relied upon. It is released on the day the environment minister, David Miliband, delivers a speech on the UK's transition to a "post-oil economy". More...
Post a Comment
Read more 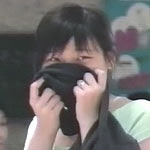 by Robert Collier, San Franciso Chronicle Far more than previously acknowledged, the battle against global warming will be won or lost in China, even more so than in the West, new data show. A report released last week by Beijing authorities indicated that as its economy continues to expand at a red-hot pace, China is highly likely to overtake the United States this year or in 2008 as the world's largest emitter of greenhouse gases. This information, along with data from the International Energy Agency, the Paris-based alliance of oil importing nations, also revealed that China's greenhouse gas emissions have recently been growing by a total amount much greater than that of all industrialized nations put together. More..
2 comments
Read more
More posts