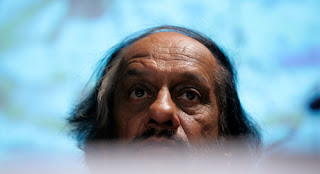 Dec. 12, 2007 | How dire is the climate situation? Consider what Rajendra Pachauri, the head of the United Nations' prestigious Intergovernmental Panel on Climate Change (IPCC), said last month: "If there's no action before 2012, that's too late. What we do in the next two to three years will determine our future. This is the defining moment." Pachauri has the distinction, or misfortune, of being both an engineer and an economist, two professions not known for overheated rhetoric.

In fact, far from being an alarmist, Pachauri was specifically chosen as IPCC chair in 2002 after the Bush administration waged a successful campaign to have him replace the outspoken Dr. Robert Watson, who was opposed by fossil fuel companies like ExxonMobil. So why is a normally low-key scientist getting more desperate in his efforts to spur the planet to action? 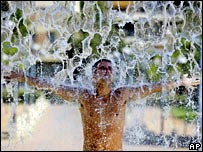 The UK's Hadley Centre and University of East Anglia conclude that globally, this year ranks as the seventh warmest.


The 11 warmest years in this set have all occurred within the last 13 years. For the northern hemisphere alone, 2007 was the second warmest recorded.

Study Details How U.S. Could Cut 28% of Greenhouse Gases


The report said the country was brimming with “negative cost opportunities” — potential changes in the lighting, heating and cooling of buildings, for example, that would reduce carbon dioxide emissions from the burning of fossil fuels even as they save money. “These types of savings have been around for 20 years,” said Jack Stephenson, a director of the study. But he said they still face tremendous barriers.