Showing posts from 2009
Show all

US headed for a massive decline in carbon emissions 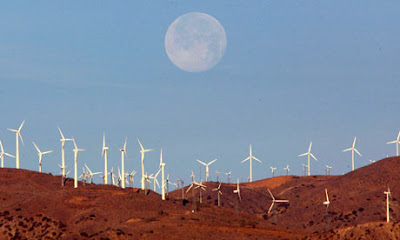 For years now, many members of Congress have insisted that cutting carbon emissions was difficult, if not impossible. It is not. During the two years since 2007, carbon emissions have dropped 9 percent. While part of this drop is from the recession, part of it is also from efficiency gains and from replacing coal with natural gas, wind, solar, and geothermal energy. The U.S. has ended a century of rising carbon emissions and has now entered a new energy era, one of declining emissions. Peak carbon is now history. What had appeared to be hopelessly difficult is happening at amazing speed. For a country where oil and coal use have been growing for more than a century, the fall since 2007 is startling. In 2008, oil use dropped 5 percent, coal 1 percent, and carbon emissions by 3 percent. Estimates for 2009, based on U.S. Department of Energy (DOE) data for the first nine months, show oil use down by another 5 percent. Coal is set to fall by 10 percent. Carbon emissions from burning al
6 comments
Read more 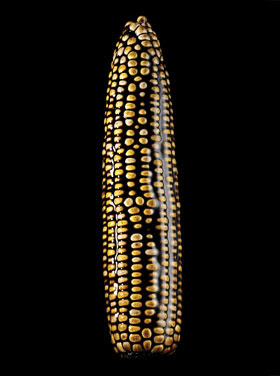 As the world looks around anxiously for an alternative to oil, energy sources such as biofuels, solar, and nuclear seem like they could be the magic ticket. They're not. Read more....
3 comments
Read more 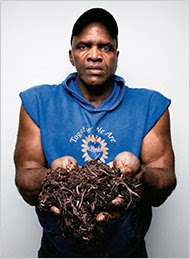 "Like others in the so-called good-food movement, Allen, who is 60, asserts that our industrial food system is depleting soil, poisoning water, gobbling fossil fuels and stuffing us with bad calories. Like others, he advocates eating locally grown food. But to Allen, local doesn’t mean a rolling pasture or even a suburban garden: it means 14 greenhouses crammed onto two acres in a working-class neighborhood on Milwaukee’s northwest side, less than half a mile from the city’s largest public-housing project." Read more....
2 comments
Read more 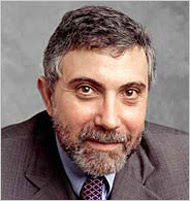 So the House passed the Waxman-Markey climate-change bill. In political terms, it was a remarkable achievement. But 212 representatives voted no. A handful of these no votes came from representatives who considered the bill too weak, but most rejected the bill because they rejected the whole notion that we have to do something about greenhouse gases. And as I watched the deniers make their arguments, I couldn’t help thinking that I was watching a form of treason — treason against the planet. To fully appreciate the irresponsibility and immorality of climate-change denial, you need to know about the grim turn taken by the latest climate research. The fact is that the planet is changing faster than even pessimists expected: ice caps are shrinking, arid zones spreading, at a terrifying rate. And according to a number of recent studies, catastrophe — a rise in temperature so large as to be almost unthinkable — can no longer be considered a mere possibility. It is, instead, the most l
1 comment
Read more

This Woman is Redefining Public Transportation

Ask a friend to name a shared transportation option and he’ll probably mention that bus that rumbles past on the avenue or the commuter train that all the office jockeys pile into each weekday morning. But Robin Chase thinks the phrase is about to undergo a radical evolution. Almost ten years ago she founded car-sharing service Zip Car, which has proven a smashing success in urban areas across the country and is rumored to be going public next year. Now she’s put her visionary zeal behind GoLoco, a social networking site that encourage people to catch rides with each other (they take a 10 percent a fee if you choose to let them manage the financial arrangements.) Thinking of your friends’ and neighbors’ cars as a personal transportation resource is the next wave in American mobility, Chase argues — an elegant response to rising costs, congestion and our existing road-heavy infrastructure. Read More...
Post a Comment
Read more Lyman Orton speaks on behalf of the “Right to Dry” campaign at the Statehouse in Montpelier, VT. Middlebury, VT — Vermonters have long been known for their frugality, independence and common sense. More recently, residents have garnered a reputation for environmental consciousness and sustainability. All of these values have come to the fore in the “Right to Dry” provision recently passed by the Vermont legislature and spearheaded by Orton Family Foundation founder Lyman Orton. Thanks to the new law, all residents in the State now have the right to dry their laundry on a clothesline—a right that, until last month, was prohibited by some condominium associations and housing complexes. Considering the significant energy consumption of a domestic dryer—which can account for more than 15 percent of a household’s energy bill—this simple measure has the potential to make a big impact. Read More....
1 comment
Read more

From a Failed Growth Economy to a Steady-State Economy 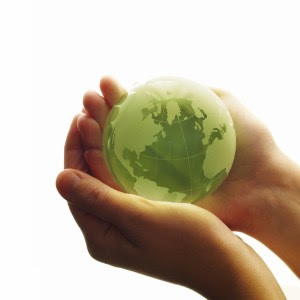 USSEE lecture, June 1, 2009 Herman E. Daly School of Public Policy University of Maryland "So—if we can’t grow our way out of all problems, then maybe we should reconsider the logic and virtues of non-growth, the steady-state economy. Why this refusal by neoclassical economists both to face common sense, and to reconsider the ideas of the early Classical Economists? I think the answer is distressingly simple. Without growth the only way to cure poverty is by sharing. But redistribution is anathema. Without growth to push the hoped for demographic transition, the only way to cure overpopulation is by population control. A second anathema. Without growth the only way to increase funds to invest in environmental repair is by reducing current consumption. Anathema number three. Three anathemas and you are damned—go to hell!" Read more...
1 comment
Read more 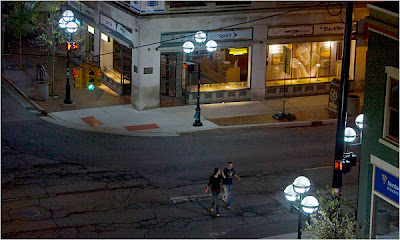 "..fast-growing trend that is redefining the century-old conception of lighting, replacing energy-wasting disposable bulbs with efficient fixtures that are often semi-permanent, like those used in plumbing. Studies suggest that a complete conversion to the lights could decrease carbon dioxide emissions from electric power use for lighting by up to 50 percent in just over 20 years; in the United States, lighting accounts for about 6 percent of all energy use. A recent report by McKinsey & Company cited conversion to LED lighting as potentially the most cost effective of a number of simple approaches to tackling global warming using existing technology." Read more...
Post a Comment
Read more 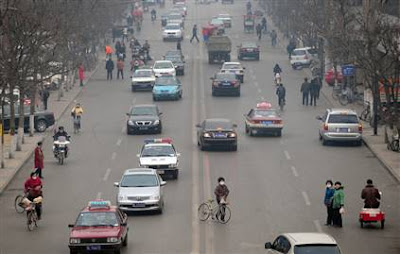 WASHINGTON - The amount of heat-trapping carbon dioxide seeping into the atmosphere will increase by nearly 40 percent worldwide by 2030 if ways are not found to require mandatory emission reductions, a U.S. government report said Wednesday. The Energy Information Administration said world energy consumption is expected to grow by 44 percent over the next two decades as the global economy recovers and continues to expand. The biggest increases in energy use will come from economically developing countries such as China and India. Read more...
Post a Comment
Read more 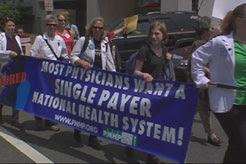 by Mike O'Brien If I were to discontinue my TV cable, one show that I would miss would be Bill Moyers. He consistently hosts a program with thought provoking guests on a wide variety of current topics and often their voices are drowned out by the corporate media. This past week was one such time. "....It's a Harris poll last fall. One out of 14 people think that the health insurance industry is honest and trustworthy. On the other hand, in Washington, they're in bed with the health insurance industry. Just as Wall Street and the banks have bought the Congress to get what they want in terms of the bailout, the health insurance industry has bought and influenced members of Congress and the President so much that they don't even consider the possibility of a plan that doesn't have a health insurance industry..." The topic was concerning a single payer healthcare system and hosted the following guests: Dr. David Himmelstein Dr. David Himmelstein is a
2 comments
Read more

A Cautionary Video About America’s ‘Stuff’ 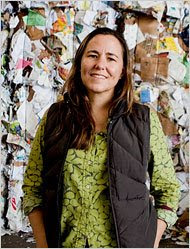 The thick-lined drawings of the Earth, a factory and a house, meant to convey the cycle of human consumption, are straightforward and child-friendly. So are the pictures of dark puffs of factory smoke and an outlined skull and crossbones, representing polluting chemicals floating in the air.Which is one reason “The Story of Stuff,” a 20-minute video about the effects of human consumption, has become a sleeper hit in classrooms across the nation. The video is a cheerful but brutal assessment of how much Americans waste, and it has its detractors. But it has been embraced by teachers eager to supplement textbooks that lag behind scientific findings on climate change and pollution. And many children who watch it take it to heart: riding in the car one day with his parents in Tacoma, Wash., Rafael de la Torre Batker, 9, was worried about whether it would be bad for the planet if he got a new set of Legos. Read more and view video ..
1 comment
Read more 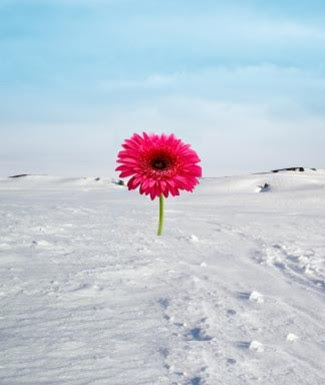 What attracted me to Transition, as the movement is called, was the word resilience, with its implications of being skilled, being ready, being confident, and therefore being optimistic about The Day After Tomorrow. The word is all over Transition’s literature, all over its YouTube clips. It seemed such a superior word to green and sustainable and eco—once hot, now almost clichés, and subject to corruption by the market. But resilience, you can’t fake. A resilient person is who I want to be. And if I’m not inherently resilient, can I learn to be? Read More.....
2 comments
Read more
More posts