Showing posts from October, 2012
Show all

October 14, 2012
It was a dreary rainy day with matted leaves and partially naked trees getting ready for a hibernation of sorts. Misty clouds and fog obscured the mountains around us, half hiding, as if they were playing a game of hide and seek. Many of the vegtables are in their final throws as the season changes and tells them to to relinquish their bounty. What to do? The photographer in me wants to post a picture, however, imagination is a powerful tool that pulls out smells and sights from years of stored up experiences, so I post none today. I picked the leeks this morning from what started as puny little sprouts now with massive dark green leaves and stocky snow white roots. I picked three for the potato leek soup we had been holding of on making until today. The recipe called for basil, chives and parsley, all picked from the same plot. A pot cooked this afternoon a released it deliciousness for the evening meal. We baked a meatloaf with carrots, and some of the onions so we would have it
Post a Comment
Read more 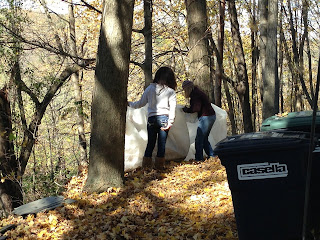 Gorgeous, beautific day in autunmal Vermont today. Spent the day raking leaves with loved ones, loading the truck with wood and stacking a row on the front porch in preparation of blustery days ahead. What more could one want, really? Breathing, loading, raking, vibrance, laughing, it's what we do this time of year.
Post a Comment
Read more 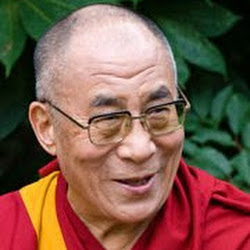 The Dalai Lama visited Middlebury College today on the leg of a short tour through the US. Tickets were sold out quickly, though it was possible to watch through closed circuit TV at a variety of locations at Middlebury, and it was streamed through the colleges website. I got to watch it at home, coffee in hand this Saturday morning. What can be written about this man in this limited space. He is the nearest thing we have to Ghandi. I talked to someone at a work who was pissed that the tickets were "sold out." I told him that he could stream it from home, and he said " I want to feel his presence." Ya, we all want to feel his presence. His themes are compassion and respect.......he bolded stated that he is a marxist in regards to the equal distribution of income, yet praised capitalism for the tremendous innovations that have resulted. The dude is unflinching in his ability to seek the truth, no barriers, no limits. His holiness emanates love. I believe that hi
Post a Comment
Read more

October 02, 2012
Carpooling has been a hit in France and may be coming to a town near you. Let's jump in! More...
Post a Comment
Read more
More posts