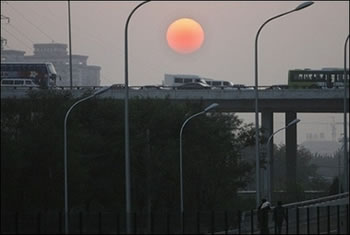 "Greenhouse gases released due to human activity are leading to ever more serious problems in terms of climate change," the Ministry of Science and Technology said in a statement.

"Global climate change has an impact on the nation's ability to develop further," said the ministry, one of 12 government departments that prepared the report.

In just over a decade, global warming will start to be felt in the world's most populous country, and it will get warmer yet over the next two or three generations.

Compared with 2000, the average temperatures will increase by between 1.3 and 2.1 degrees Celsius by 2020, the China News Service reported, citing the assessment.