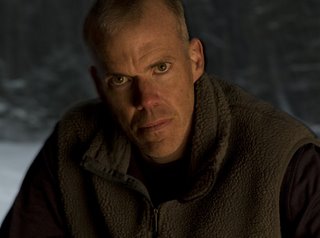 This is the year when we finally started to understand what we are in for. Exactly 12 months ago, an MIT professor named Kerry Emanuel published a paper in Nature showing that hurricanes had slowly but steadily been gaining in strength and duration for a generation. It didn't attract widespread attention for a few weeks—not until Katrina roared across the Gulf of Mexico and rendered half a million people refugees. The scenario kept repeating: Rita choking highways with fleeing Texans; Wilma setting an Atlantic Ocean record for barometric lows; Zeta spinning on New Year's Day. Meanwhile, other data kept pouring in from around the planet: Arctic sea ice melting past an irrevocable tipping point; thawing permafrost in northeastern Siberia creating so much methane that lakes didn't freeze even in the depths of boreal winter; the NASA calculation that 2005 had been the warmest year on record.

Massachusetts Republican said…
One posible solution to help stem the rise of GW is to have more freedom and less state ownership. Really. I make a better point on my site. go, dont go, but either way we ned less GHG (green house gas) and more freedom.
7:48 PM