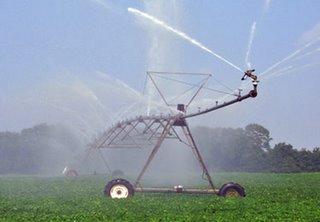 by Ben Russell and Nigel Morris, The Independent.

In a grim first intervention in the climate-change debate, the Defence Secretary issued a bleak forecast that violence and political conflict would become more likely in the next 20 to 30 years as climate change turned land into desert, melted ice fields and poisoned water supplies.