After the fog (of War): The sharp focus of Vermont independent filmmaker Jay Craven 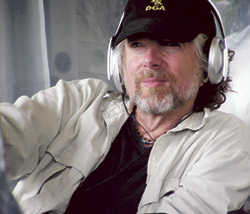 By Rob Williams | Special to the Vermont Guardian

March brings with it the third anniversary of the U.S. invasion and occupation of Iraq. In the line of duty, 2,500 U.S. soldiers, including 22 Vermont servicepersons, have been killed, while countless Iraqis, many of them women and children, have lost their lives.

It seems fitting to stop and reflect on the meaning of U.S. wars with those who have served in them, and a new film, After The Fog, co-produced by Jay Craven, does just this.

Stitching together the personal testimony of 11 U.S. war veterans, After The Fog is an intimate and human look at the consequences of war, told by those who fought. In an interview, Craven offered his thoughts on the film, and on war generally.