A New Measure of Well-Being From a Happy Little Kingdom 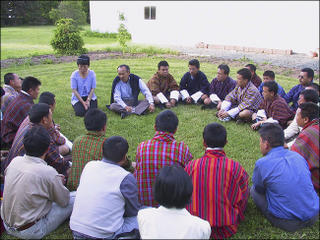 What is happiness? In the United States and in many other industrialized countries, it is often equated with money.

Economists measure consumer confidence on the assumption that the resulting figure says something about progress and public welfare. The gross domestic product, or G.D.P., is routinely used as shorthand for the well-being of a nation. But the small Himalayan kingdom of Bhutan has been trying out a different idea.