It's Good To Be Back 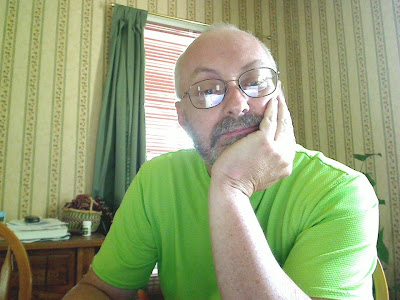 It's been an interesting year.

I have been completely distracted by my personal life during the past year or so. My partner of 32 years was unfaithful and we split in January of 2009. The first 6 months of 2009 were quite dark. The last 3 months of 2009 have been among the best of my life since meeting a new woman. The darkness pushed me into some interesting directions such as photography (I've become the house photographer for the local theatre) running,and some unintended adventures. Life can be quite the lesson.

I have pretty much neglected this blog as I have stepped back from interests in such worldly affairs. One can only keep their head in the sand for so long. I can't say that I regret terminating the local newspaper, firing the cable company, discharging netflix, and saying goodbye to Vonage. I have not become a recluse, however, I have removed much of the media clutter I suppose. Yoga has been a good trade I would say.

I started this blog in 2004; some things have changed. Who would have thought the corporate America would jump on the "green" bandwagon. It's everywhere you turn, some things with substance and some is just plain greenwash. Global economic contraction has delayed the wolves from the door as far as competition for energy. Perhaps it will buy us more time to "get it."

As for the future, lets surf the cosmic waves of insanity together and uncover a future worth living.

Made) uses no electricity, can be taken anywhere and extracts pure water from any contaminated water source. It removes radiation, fluoride, salt, pesticides, bacteria, dirt and other contaminants from any water source.

Our University of Alabama patented solar desalination product uses no electricity, has no filters to replace, can be taken anywhere and extracts pure water from any contaminated water source. It removes radiation, fluoride, salt, pesticides, bacteria, dirt and other contaminants from any water. It aids people to be prepared for disasters. Made tough in the U.S.A.

This is also our new website for our earlier comment about the University of Alabama solar desalination products.
12:50 PM