A Coalition for Firm Limit on Emissions 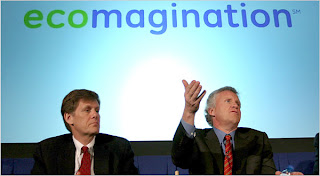 By FELICITY BARRINGER, NY Times
WASHINGTON, Jan. 18 — Ten major companies with operations across the economy — utilities, manufacturing, petroleum, chemicals and financial services — have banded together with leading environmental groups to call for a firm nationwide limit on carbon dioxide emissions that would lead to reductions of 10 to 30 percent over the next 15 years.

Introduction of this group, which includes industry giants like General Electric, DuPont and Alcoa, is aimed at adding to the recent impetus for Congressional action on emissions controls and the creation of a market in which allowances to emit carbon dioxide could be traded in a way that achieves the greatest reduction at the lowest cost.
More....