Climate Change: Why We Can't Wait 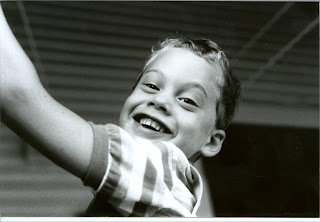 This is an adaptation of a talk delivered February 26 at the National Press Club. Comments relating to policy are Dr. Hansen's personal opinion and do not represent a NASA position.

The Energy Department says that we're going to continue to put more and more CO2 in the atmosphere each year -- not just additional CO2 but more than we put in the year before.

If we do follow that path, even for another ten years, it guarantees that we will have dramatic climate changes that produce what I would call a different planet -- one without sea ice in the Arctic; with worldwide, repeated coastal tragedies associated with storms and a continuously rising sea level; and with regional disruptions due to freshwater shortages and shifting climatic zones.

Really, we can't wait on any of the whole environmental crisis. Unfortunately, many seem intent on talking it to death to delay action, while others want to suppress even talk. Yet the longer we wait, the less we'll be able to do to avert extremely serious consequences.
12:04 AM

Anonymous said…
At school I'm taking an Environmental Science class. We have been working on a recycling project throughtout the whole school. Before I took this class whenever I heard the words global warming or recycling, it never affected me but now after taking this class for some time now I am starting to see things defferent. The point I'm trying to make is that people who don't teach themselves about these things won't know. Luckily I had this class to make me realize that something needs to be done but for those people who don't, they simply won't know to do anything about it. People want to not see it like it's not a problem. They want to ignore it.. Ignorance is bliss..
1:00 PM