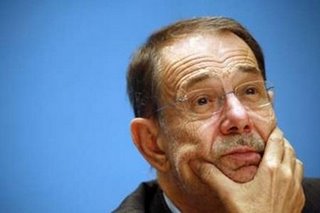 Failing to fight global warming now will cost trillions of dollars by the end of the century even without counting biodiversity loss or unpredictable events like the Gulf Stream shutting down, a study said on Friday.


But acting now will avoid some of the massive damage and cost relatively little, said the study commissioned by Friends of the Earth from the Global Development and Environment Institute of Tufts University in the United States.