Marchers Hoping To Heat Up Action on Global Warming 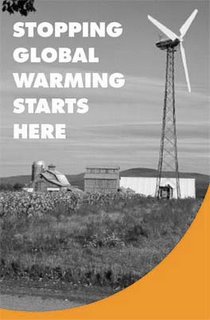 RIPTON — Bill McKibben can't recall more than 200 Americans ever launching a five-day walk calling for government action on global warming. And so he deemed what happened in his Vermont town Thursday to be historic.

"It's perhaps the largest single demonstration yet in this country against global warming," the Middlebury College environmental scholar said. "It's time to start summoning the political will to do something."

McKibben, whose book "The End of Nature" was the first about climate change written for a general audience, joined walkers from throughout Vermont and as far away as California to kick off a symbolic march seeking national movement on the planet's hottest environmental issue.

Participants assembled at the Robert Frost trail on Route 125 in Ripton to start a 49-mile walk north to Burlington, where a Labor Day rally will ask statewide political candidates to support the goals of a Global Warming Pollution Reduction Act just introduced by U.S. Sen. James Jeffords, I-Vt.

bananas said…
I cannot claim a full grasp on global warming issue--all i have is elementary ideas about it.

I, however, know for one that with the continued destruction of the forests to give way to agricultural developments--like banana, pineapple, and palm oil plantations and all those monoculture farms--is so alarming, it in fact contributes to global warming.