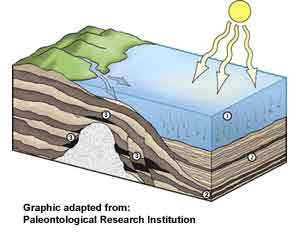 By Jeffrey S. Dukes, Dept of Biology, University of Utah.


Fossil fuels developed from ancient deposits of organic material, and thus can be thought of as a vast store of solar energy from which society meets >80% of its current energy needs. Here, using published biological, geochemical, and industrial data, I estimate the amount of photosynthetically fixed and stored carbon that was required to form the coal, oil, and gas that we are burning today.
Today’s average U.S. Gallon (3.8 L) of gasoline required approximately 90 metric tons of ancient plant matter as precursor material. The fossil fuels burned in 1997 were created from organic matter containing 44 × 1018 g C, which is >400 times the net primary productivity (NPP) of the planet’s current biota. As stores of ancient solar energy decline, humans are likely to use an increasing share of modern solar resources. I conservatively estimate that replacing the energy humans derive from
fossil fuels with energy from modern biomass would require 22% of terrestrial NPP, increasing the human appropriation of this resource by ~50%.